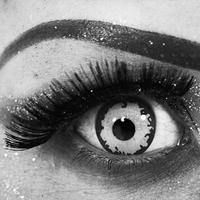 Henry Horenstein has been a professional photographer, filmmaker, teacher, and author since the 1970s. He studied history at the University of Chicago, and earned his BFA and MFA at Rhode Island School of Design (RISD), where he studied with Harry Callahan and Aaron Siskind.

Henry's work is collected and exhibited internationally and he has published over 30 books, including several monographs of his own work such as Shoot What You Love (a memoir), Histories, Show, Honky Tonk, Animalia, Humans, Racing Days, Close Relations, and many others. He has also authored Black & White Photography, Digital Photography, and Beyond Basic Photography, used by hundreds of thousands of college, university, high-school, and art school students as their introduction to photography.

In recent years, Henry has been making films: Preacher, Murray, Spoke, and now Partners, which premiered recently at Boston's Museum of Fine Arts. Henry is professor of photography at RISD and lives in Boston.