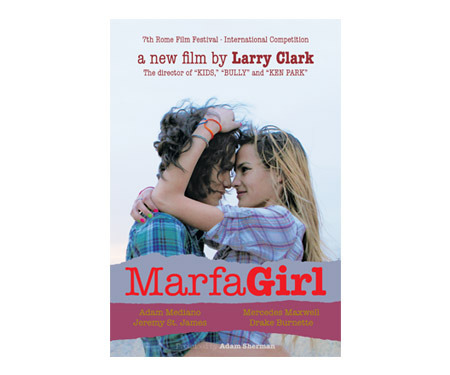 The film, Clark's first full-length feature in seven years, is set in the famed west Texas town of Marfa.  As the article states: "[...] Marfa, being the outer limits of Texas, grants his characters—a promiscuous artist (the “Marfa Girl”), a psychotic border patrolman (who’s aroused—literally—by violence), and the Mexican-American high schooler that the border patrolman harasses (but who is otherwise very lucky for a high school boy, if you know what we mean)—both more freedom and less: their wills are mangled by the endless expanse. Where to go. What to do. How to survive the endless waiting rooms of their lives." ("Larry Clark's Perverted Martha," TM Daily Post)

While Clark's work has certainly drawn controversy in the past, it is his choice of distribution of the film that has garnered a bit of eyebrow-raising from Hollywood this time around.  Joining the burgeoning trend of streaming video-on-demand, Clark has made Marfa Girl solely available on his website at $5.99 for a 24-hour rental of the film.  Interested parties can visit http://larryclark.com/marfagirl/ for more information.

Clark's photographic mark was first made with his 1970's Tulsa portfolio, and long time Catherine Couturier Gallery (formerly John Cleary Gallery) followers will remember a showing of his work during the mid-2000's. 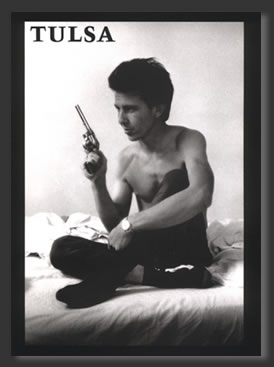 For more information regarding Clark or any of our other fine art photographers, please contact Joseph Roberts at gallery@CatherineCouturier.com or by phone at 713.524.5070.