With Thanksgiving at hand, my colleagues in the Department and I have much to be thankful for, and you’re a big part of it. It’s a privilege to help shepherd one of the world’s great photography collections at an institution that is thriving when many others are struggling to regain their footing. We’re so grateful for your interest in and support of all we do... photography at the MFAH thrives because of you.

As often happens, I started writing this letter on a flight, this time heading home rather exhausted from the madness of Paris Photo, the largest and most important photography fair anywhere, with more than 180 exhibitors and work by more than 1,600 artists. It’s normally held in the Grand Palais, but while that historic venue is under renovation, it has been held in a giant tent dubbed the “Grand Palais Éphémère” or “temporary Grand Palais” across the Champ du Mars from the Eiffel Tower. In recent years, Paris Photo has increasingly become a contemporary photography fair, with only a handful of American dealers showing 19th-century works and a larger—but still small—number showing vintage 20th-century photographs. By the time it was under full steam, the fair was unbelievably crowded, with long lines to enter—some 61,000 people visited over the course of five days. It always amazes me that so many people are interested in a photography fair, paying their 30 euros to check out the booths and books, likely with no intention of buying a photograph, but interested enough just to look. The French seem to think of art-fair-attendance as a sort of cultural entertainment. I wish that many people would flock to photography exhibitions in the U.S., let alone art fairs! Lisa and I were fortunate enough to attend the Tuesday evening JPMorganChase preview for a slightly less crowded survey of the fair before returning for a full day on Wednesday, and a chance to reserve several works before others got to them. 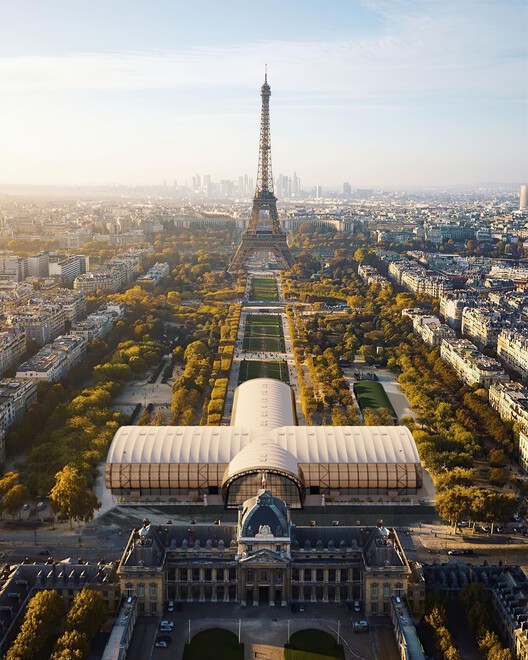 Our most important acquisition, though, came at the Thursday evening auction of the collection of François Lepage, a little-known but important French photography dealer who died earlier this year. I had known Francois since my graduate student days and counted him as a generous friend, sharing his invaluable research. In my pre-email days at the Met, I would sometimes send a fax with a question about an early French photograph in our collection, and a few days later I’d receive a 14-page handwritten, footnoted response that included the answers to questions I should have asked but didn’t know enough to. A business partner of gallerist Gérard Lévy until they split the gallery’s stock and went separate ways in the 1990s,

François preferred to stay out of the limelight, never very eager to sell the most important things because there was always more to learn about them first. The sale of his collection last week amazed everyone, with early photographs of supreme importance, completely unknown. The big prize, which we successfully bid for thanks to the support of our director and trustees, is about as close to a “piece of the true cross” for photo historians as we are likely ever to have an opportunity to acquire: a dazzling whole-plate daguerreotype by Alphonse-Eugène Hubert, assistant and close associate of Louis Jacques Mande Daguerre, the French Romantic painter, proprietor of the Diorama, and inventor of photography. A still life of metalwork, plaster casts, paintings, engravings, and ceramics, the image not only demonstrates the new medium’s extraordinarily precise rendition of detail but also testifies to photography’s ambition, right from its birth, to be counted among the fine arts. I can’t wait to put it on view and will certainly let you know when we do. There’s nothing like it anywhere in the U.S.

Meanwhile, back at the ranch...

Since I last wrote, Lisa Volpe’s exhibition Gordon Parks: Stokely Carmichael and Black Power has opened and drawn excellent press, a few links for which I’ve copied below. Bill Shapiro in Esquire listed the exhibition catalogue as one of his favorite new photo books and (rightly!) referred to Lisa as a “star curator.” Many of us agree, especially those who have been guided through the exhibition by her— Photo Forum, 5A (African American Art Advisory Association), a lucky University of Houston class, and a few others. Here are some of the stellar reviews the exhibition has received:

For a very different side of Gordon Parks, head to the Museum at 7:00 p.m. on Thursday, December 15, for a screening of Parks’s second feature film, Shaft, the iconic 1971 film that helped launch the blaxploitation genre. Click here for detailsand tickets. 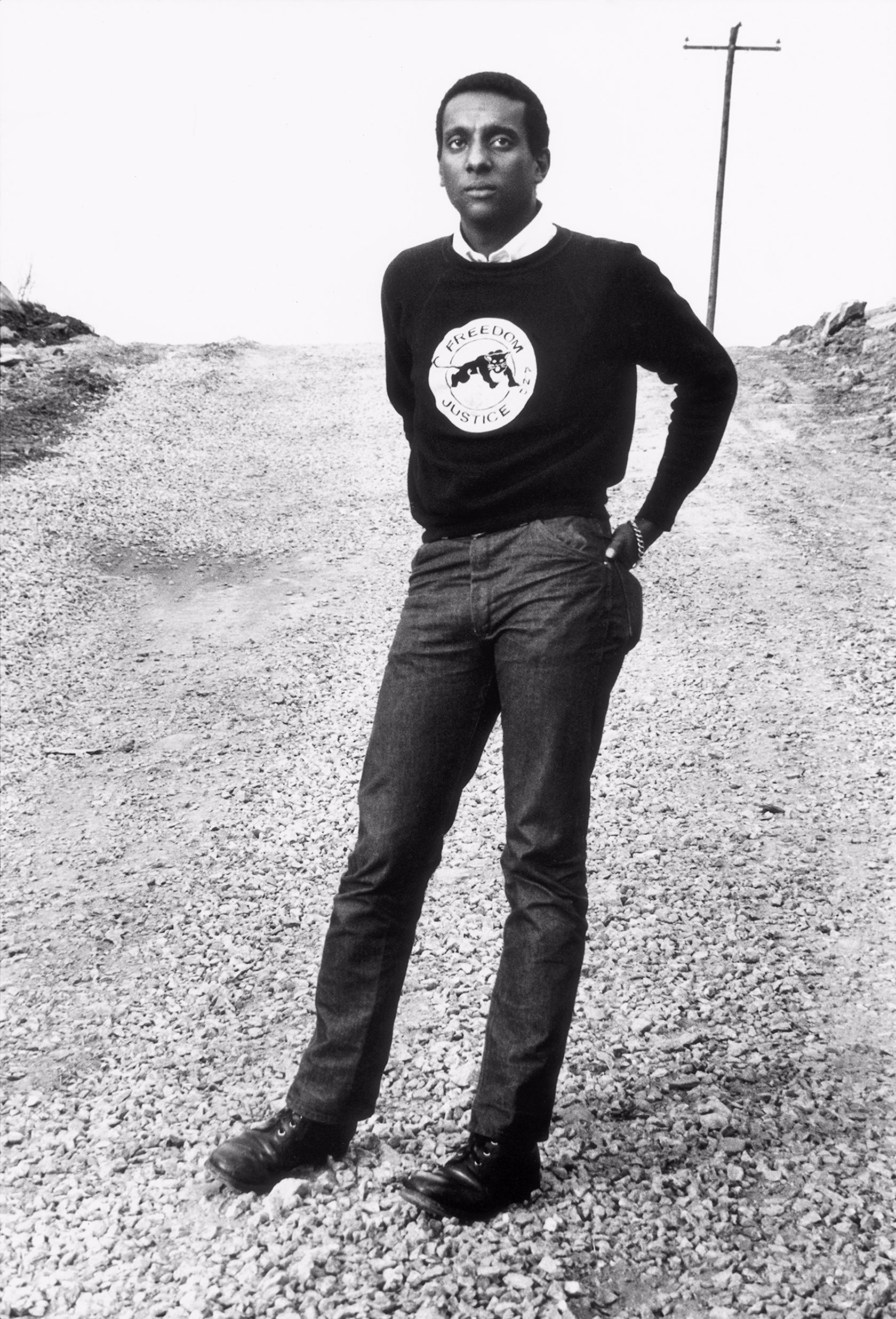 On October 20, Abelardo Morell completely enchanted an audience of Photo Forum members and other friends in our photography study center with a review of his work and an explanation of his most recent series. For those who missed the talk, here’s a link to a wonderful article in the Washington Post about Abe’s recent work in the footsteps of Van Gogh and other 19th-century French painters.

Books on the Move...

For those of you who have recently wandered down to the lower level of the Beck Building to see the Gordon Parks exhibition and turned your gaze across the hall, your eyes—and nose—do not deceive you. The former MFAH Café is now home to the newly renovated Hirsch Library. Situated in the Museum’s Law Building for the past 48 years, the Hirsch opened its doors in its new home in late September after a five-month closure. It now boasts a nearly 6,000-square-foot space (60% larger than the former reading room) that is both airy and open. Flanked by floor to ceiling bookshelves sporting library ladders, the new space houses rare books, reference materials, periodicals, new books, auction catalogs, and children’s books. Several new features include a rare book reading room, visiting scholar’s office, and digitization lab. For more background on the new space, see this recent article in Houstonia magazine.

Readers of this newsletter will be pleased to know that the Hirsch maintains one of the strongest collections of photographic research materials in the country with more than 30,000 photography volumes drawn from both the Hirsch collections and the esteemed Manfred Heiting Book Collection. Highlights from these collections regularly find their way into the Kinder Photography galleries to complement the narratives told through the photographs, as in the current installation devoted to the photographs, books and periodicals by one of the supreme masters of Soviet design and photography, Alexander Rodchenko.

Hirsch Library’s physical collections are complemented by a rich array of online resources that can be accessed in the library for photography research. Among the most relevant tools are WorldCat (global catalog of library materials), Oxford Art Online (authoritative full-text art reference collection), Art Abstracts & Art Index (century of periodical indexing and abstracting), JSTOR (digitized issues of academic journals), Artnet (auction results dating back to 1985). The library’s full roster of digital resources can be found on its website.

As always, Jon Evans, Chief of Libraries and Archives, and his staff stand at the ready to assist you with your research needs. Come visit the new Hirsch Library, open Wednesdays through Saturdays—and always free! Don’t miss the opportunity to view All the Beauty and the Bloodshed, a new film directed by Oscar winner Laura Poitras that chronicles the life of famed photographer Nan Goldin and her activism aimed at holding the Sackler family responsible for their part in the opioid crisis and removing their name from the walls of major museums around the world. “Illustrated with a rich trove of photographs by Goldin, who mesmerizingly narrates her own story, including her dysfunctional suburban upbringing, the loss of her teenage sister, and her community’s fight against AIDS in the 1980s, Poitras’s film is an enthralling, empowering work that stirringly connects personal tragedy, political awareness, and artistic expression,” writes Film at Lincoln Center. All the Beauty and the Bloodshed was awarded the Golden Lion at the 2022 Venice International Film Festival. View the trailer here. MFAH will screen the film in the Lynn Wyatt Theater seven times between December 9 and 18. Click here for showtimes and tickets. 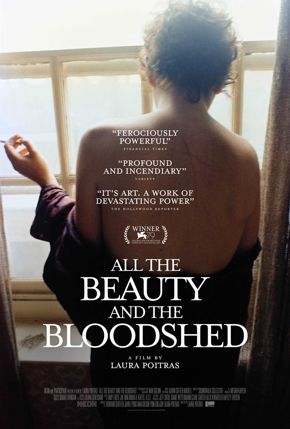 Before ringing in the new year...

If you’re like me, you think about your charitable donations at the end of the year. I really like to make contributions to the institutions and organizations I care about on my birthday, just a few days before New Year’s—better than receiving gifts! I hope you’ll consider making a year-end gift to support the department or perhaps join Photo Forum or upgrade your current membership. If you’d like to support us in one way or another, please be in touch with Ashley Powell, Development Officer for Curatorial Affairs, at (713) 639-7594 or apowell@mfah.org.

While you’re sitting around during the holidays...

I’m guessing that what one of you described as “Rashed’s diabolical puzzle” proved too frustrating since only Burt Nelson sent a full solution! Having also been the first to solve my earlier crossword puzzle, Burt was ineligible to win whatever my unspecified prize might have been, but he gets a shout-out anyway. Well done, Burt! The solution to Rashed’s matrix, with the names of 24 female photographers embedded horizontally, vertically, diagonally, and forward or backward, can be found at the end of this letter. Meanwhile, I’ve come up with a second photo-themed crossword puzzle, and I invite you to try your hand at it. The first person to send me a correct solution will receive a copy of Lisa’s catalogue, Gordon Parks: Stokely Carmichael and Black Power.

And finally, my colleagues in the department join me in wishing you and yours a joyous holiday season and a healthy, happy, peaceful, and prosperous new year.

Warmest wishes to you all,