News from the MFAH Photography Department from Curator Malcolm Daniel

It’s back-to-school time and we’re all going full-steam-ahead with our fall projects—the October opening of Gordon Parks: Stokely Carmichael and Black Power, the new season of Photo Forum, major acquisitions in the works, and preparing the next “History of Photography” installation to open early next year.  And, of course, we’re readying for the arrival in Houston of so many good photo friends—artists, gallerists, curators, and collectors—coming for FotoFest in the coming weeks, participating in the portfolio reviews, bidding on great works at the gala dinner and fine print auction, viewing the biennial and scores of other exhibitions around town, and attending the various related programs. Full info for FotoFest can be found at their website, www.fotofest.org.

First, some details about works installed in the Kinder Building over the summer. 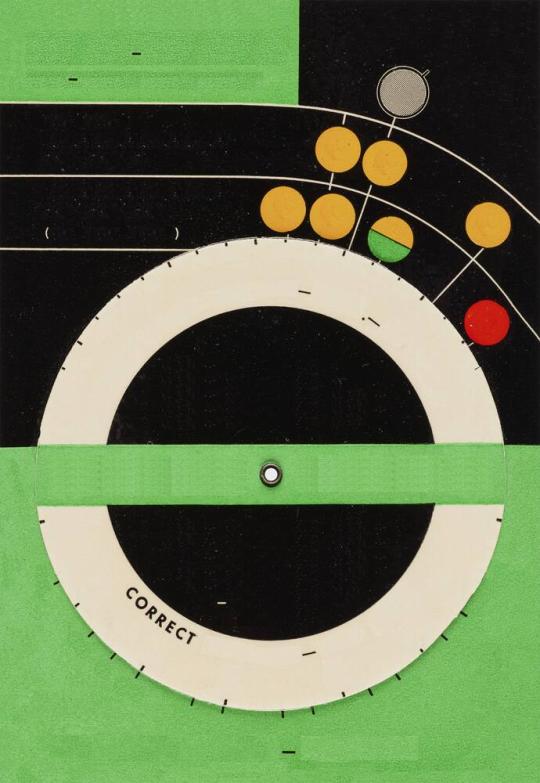 What’s new on the third floor…

The interdisciplinary galleries on the top level of the Nancy and Rich Kinder Building retain their same themes, but we’ve swapped some of the photographic works both for conservation reasons and to highlight some important recent acquisitions. In the gallery devoted to humor, “LOL!,” you’ll now find Sandy Skoglund’s surreal backyard scene, Gathering Paradise (1991), a recent gift of Subcommittee member John MacMahon; Andy Mattern’s wittily manipulated reproductions of Kodak exposure guides, Average Subject / Medium Distance (2018); David Graham’s hilarious photograph of a roadside attraction, National Freshwater Fishing Hall of Fame, Hayward, Wisconsin (1984); and Bruce Conner’s recently acquired suite of 5 photographs, THE LATE NIGHT MOVIE ON TV (1978). There are newly installed works from other departments as well, including a favorite of mine, STUDIO65’s sofa in the shape of a giant red lips.

The gallery called “Line into Space” now features a group of nearly abstract photographs by Nathan Lerner, donated in 2014 by the artist’s widow at the urging of former associate curator Yasufumi Nakamori. In the gallery titled “Collectivity”—featuring works that bring together various materials or resulted from collaboration—we’re proud to debut Qualeasha Wood’s Foreva by Cardi B (2021), a photographically-based, computer-woven, jacquard tapestry recently acquired jointly by our department and the Modern and Contemporary Art department thanks to funding from Bryn Larsen, Jean Karotkin, Nena Marsh, Jeffrey A. Magid, Emily Todd, Lester Marks, the African American Art Advisory Association, and Cyvia Wolff (all of whom deserve a big thank you!). In that gallery we continue to display works installed earlier this year: Deborah Roberts’s collage The Inconvenient citizen; Nick Nixon’s series The Brown Sisters; Daniel Gonçalves’s Letters to Elvis, funded by generous Photo Forum members at Vote Night 2022; and Esther Parada’s 100-part Past Recovery (1979). Family Tree, a mixed-media work by Genevieve Gaignard (who you might remember from her HCP show in 2017) that was recently acquired by Modern and Contemporary, is also on view in this same gallery.  All of which is to say that too hasty a visit at the third floor might lead you to think there’s nothing new to see, but a careful look will turn up many treasures being shown for the first time! 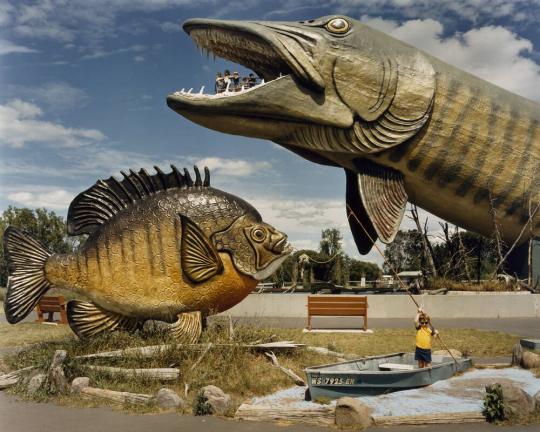 Another “History of Photography”

Before her departure for the Nelson-Atkins Museum, curatorial assistant Marijana Rayl organized the 18th installation of “A History of Photography” which, as always, presents longtime treasures and new acquisitions, photographs spanning the medium’s history, by artists from many countries, rendered in a host of processes, and depicting a variety of subjects. This “HoP” includes a focus on photographs by Alexander Rodchenko and rare issues of Novyi? lef (New Left), SSSR na stroi?ke (USSR in Construction), and other Soviet publications of the 1920s and 1930s that will be among the works discussed by Fulbright Fellow Irina Chmyreva at this Thursday evening’s Photo Forum curatorial seminar on Russian photography.

Among the many other highlights of this installation are Vernon Heath’s exquisite Vale of Festiniog (1870s), Dorothea Lange’s Woman of the High Plains, Texas Panhandle (1938), and Dana Scruggs’s Self-portrait (2020), the top vote-getter at Photo Forum’s 2021 Vote Night.

Now in its sixth year, the Anne Tucker and Clint Willour Young Photographers Endowment supports the acquisition of works by photographers 35 years or younger not yet represented in the MFAH collection. This year, Lisa and I nominated work by four photographers—Lebohang Kganye, Caleb Stein, Patricia Voulgaris, and Maen Hammad—and Anne selected South African artist Kganye’s Helen’s Father Grazing His Goats (2018) as the winner. Kganye’s series Tell Tale, including this work, was inspired by her visit to Nieu Bethesda, in the Karoo, Eastern Cape, South Africa. Nieu Bethesda is the location of “The Owl House,” a house and landscape created by outsider artist Helen Martins, elaborately decorated with fields of ground glass and more than 300 hand-made statues of owls, camels, peacocks, pyramids, and people. People in the village told Kganye elaborate tales about Martins, and the artist recreated those stories as silhouette cut-outs. This scene is about Helen’s father, who was caught in the act of grazing his goats on another farmer’s land while they were at church and refused to go to before the magistrate, ultimately being carted to court in a wheelbarrow.

Supported by a grant from the Henry Nias Foundation (Thank you Cathy Edelman!), we are also acquiring a short animated film by Labohang Kganye, Shadows of Re-Memory (2021), which will go on view in the next round of film and video selection in our Kinder Building galleries.

I’m delighted to introduce Raquel Carrera, a wonderful young curator from Havana who joins the Department this week for a one-year appointment as a Research Associate. Raquel organized my studio visits and interviews with some 30 Cuban photographers during my trips to Havana and will work with me on the 2024 exhibition and catalogue tentatively called Fifty Years of Cuban Photography; Featuring the Madeleine and Harvey Plonsker Collection. She has a B.A. in Art History and postgraduate degrees in Design and Art Direction, from the University of Havana, Pompeu Fabra University in Barcelona, and the University of Salamanca, and has curated numerous exhibitions in Cuba, the U.S., Peru, and elsewhere. In addition, she has a long connection and deep familiarity with Plonsker Collection, a future acquisition that will dramatically expand our holdings of Cuban photography from the 1990s to today.

In 1967, Life magazine published a groundbreaking profile of Black Power activist Stokely Carmichael, with images and reporting by photographer Gordon Parks. The exhibition Gordon Parks: Stokely Carmichael and Black Power, opening on October 16, features the five images by Parks from the article, along with nearly 50 additional photographs and contact sheets never before published or exhibited.

One of the 20th century’s preeminent American photographers, Parks (1912–2006) created work focusing on social justice, race relations, the civil-rights movement, and the African American experience. In 1966 and 1967 he went on the road with Carmichael (1941–1998) and took more than 700 photographs as the controversial young civil-rights leader addressed Vietnam War protesters in New York, spoke with supporters in a Los Angeles living room, and went door to door in Alabama registering Black citizens to vote. As chairman of the Student Nonviolent Coordinating Committee, Carmichael issued the call for Black Power in a Mississippi speech in June 1966, eliciting national headlines and media backlash.

Parks was the first Black staff member at Life, and in his finely drawn sketch of the charismatic leader, he revealed his own advocacy of Black Power and its message of self-determination.

Organized by curator Lisa Volpe, the exhibition runs from October 16 through January 16 in Millennium Gallery on the lower level of the Audrey Jones Beck Building. MFAH is the exhibition’s exclusive venue. Lisa has also written a wonderfully insightful essay about Parks and Carmichael for the exhibition catalogue, which was featured as a “must read” by New York Magazine’s “Vulture.” The book is beautifully produced by Steidl and is available now in the Museum shop.

Photo Forum members will enjoy a private tour of the exhibition with Lisa on Thursday, October 13, and Founder and Benefactor members of Photo Forum will receive inscribed copies of the catalogue. A longtime friend and an artist I have long admired, Abelardo Morell will speak to Photo Forum and friends about his work, including examples of his most recent photographs, enchanting images made inside a tent camera obscura (don’t worry, he’ll explain!) in the footsteps of Van Gogh and other 19th-century landscape painters. Examples of his earlier work from the museum’s collection will also be on view. Not yet a Photo Forum member?  No problem.  You are welcome to attend anyway! Just r.s.v.p. for the event to Kelly Dolan at kdolan@mfah.org or 713.639.7861. Mark your calendar now for Thursday, October 20, at 6:30 p.m., in the Anne Wilkes Tucker Photography Study Center on the mezzanine level of the Audrey Jones Beck Building. 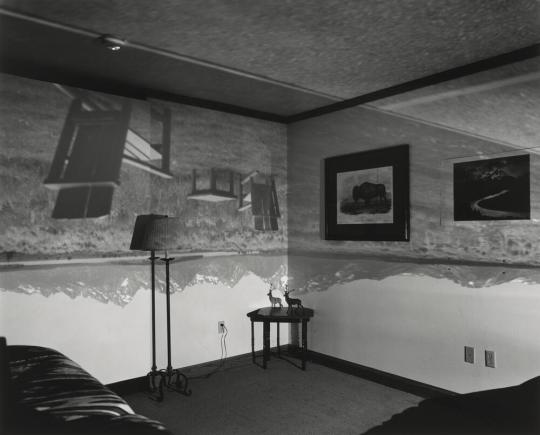 And now the news you’ve all been waiting for…

The first person to send me a complete and correct solution to last newsletter’s crossword puzzle (shown below) was our good friend and longtime supporter, Burt Nelson. Kudos also to our colleagues from San Francisco and Portland, Corey Keller and Chris Rauschenberg, who also submitted correctly filled-in puzzles within the first 24 hours.  Burt wins lunch with the curatorial staff at Café Leonelli.

Rashed Haq, also a friend and member of the Photography Subcommittee, decided to provide yet another way for me to avoid endlessly reading the news—a matrix containing the full first and last names of two dozen photographers. Bear in mind that the names may read forward or backward, horizontal, vertical, or diagonal. I teased Rashed that it was cruel to hide just 15 names and tell me there were 24, but I eventually got to 20. While away some hours on this one… and curse Rashed instead of me if you get too frustrated. See if you can beat my 20 or find them all.  Shout-out to the best entry and the full solution in my next newsletter, along with my next crossword.

See you soon at our events or at FotoFest.  Warm wishes to you all,

Malcolm Daniel is the Gus and Lyndall Wortham Curator of Photography.