Roman Vishniac at MFAH and HMH

The Museum of Fine Arts Houston and the Holocaust Museum Houston are both showing retrospective works by photographer Roman Vishniac. 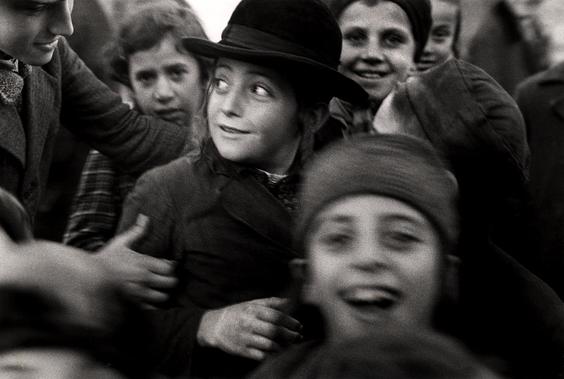 More than any other photographer, Roman Vishniac profoundly influenced contemporary impressions of Jewish life in EasternEurope. Vishniac created the most widely recognized and reproduced photographic record of that world on the eve of its annihilation, yet very little of his work was published or printed during his lifetime (1897-1990).

Roman Vishniac Rediscovered provides an introduction to Vishniac's radically diverse body of work-much of it only recently discovered. Known primarily for his poignant images of Eastern Europe, Vishniac was in fact a remarkably versatile and innovative photographer. This exhibition repositions his iconic photographs of Eastern Europe within a broader tradition of social documentary photography. Vishniac's career spans more than five decades, ranging from early engagements with European Modernism to highly inventive color photomicroscopy.

Holocaust Museum Houston is proud to present the work of famed photographer Roman Vishniac, recently donated to HMH's permanent collection by his daughter, Mara Vishniac Kohn, with the support of the International Center of Photography (ICP), in this new exhibition "Roman Vishniac: A Selection from the Permanent Collection of Holocaust Museum Houston." On display at HMH will be 11 of Vishniac's gelatin silver prints, highlighting Jewish life in Eastern Europe, ca. 1935-1938.