Rachel Phillips is in the news again, this time as Madge Cameron promoting her book "Fixed" !

You can buy your very own copy of "Fixed" at Catherine Couturier Gallery. 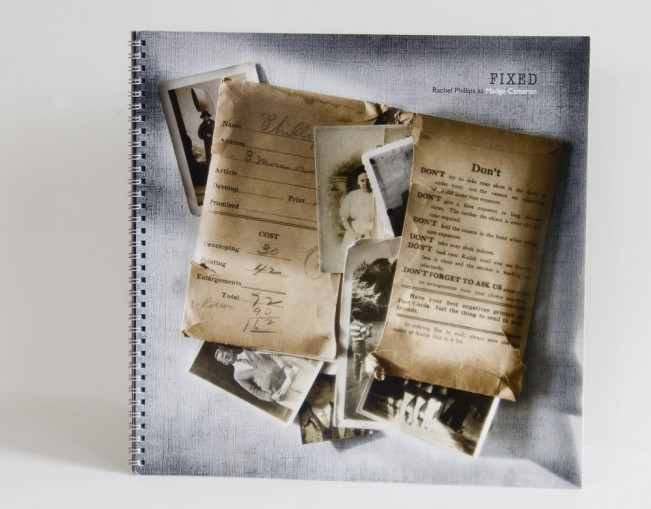 Madge Cameron is an alter-ego of artist Rachel Phillips. This duel identity allows for work made in a new arena, but also for new considerations of historical perspective and approaches to image making. One can sense that Madge and Rachel might have similar DNA, but Madge is breaking new ground by combining technology and encaustic. Madge Cameron’s project Fixed was recently included in Rachel’s show From Time to Time at Catherine Couturier Gallery in Houston. Another marker of Madge’s success is a monograph published by Treadwell Press under the same title.

Madge has discovered a unique process that reconsiders time and found photographs, presented on mounted 12×12 inch birch panels and sealed with encaustic wax. Madge Cameron was born in San Francisco in 1935. Raised by her grandmother after her father mysteriously disappeared during the Depression (leaving only a rudimentary camera behind), Cameron grew up in the library and stayed there, earning a Ph.D. from the Librarians Anonymous Correspondence College Program that she completed while…in the library. “My grandmother would get tired of having my brother and me running around the house and would say, ‘Go to the library and hush.’ And we did, it was just down the street from our house… all these years later, here I still am.” 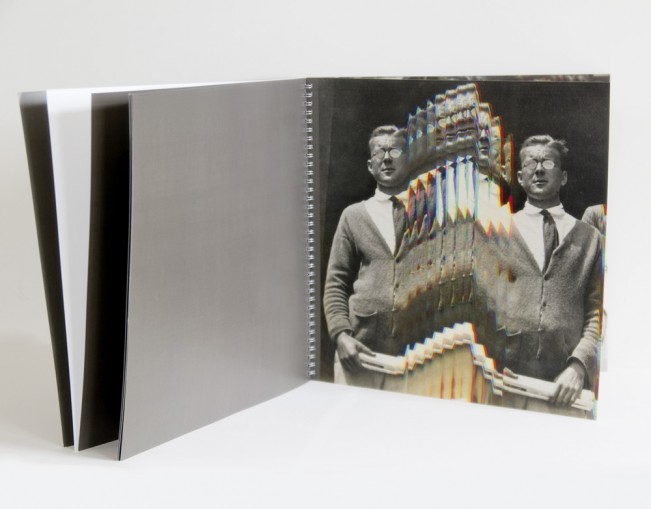 Until this project, Cameron had always seen photography as a separate venture from her work as Founding Archivist at the Pacific Library Privé and Special Collections. But here, Cameron’s photography and archive work intersect, resulting in pieces that don’t quite fit either category. 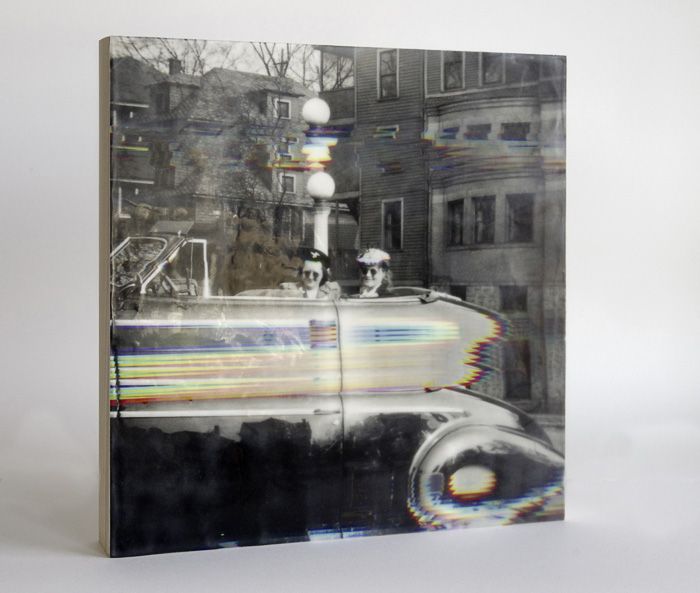 While working to digitize the Collection’s extensive photographic holdings, Cameron discovered accidentally that by moving the photograph while the image was being recorded, she could separate the image into its color channels, resulting in a strange 3D effect. At first irritated with what she saw as failed work, Cameron eventually came to embrace the “process of interruption,” as she puts it. “I came to see the process as a metaphor for what I do as an archivist; each piece becomes a visual cross-reference of itself.” 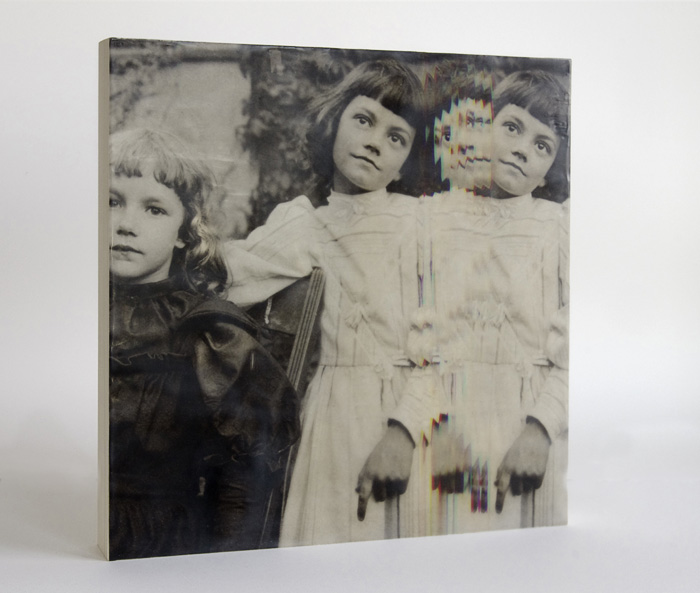