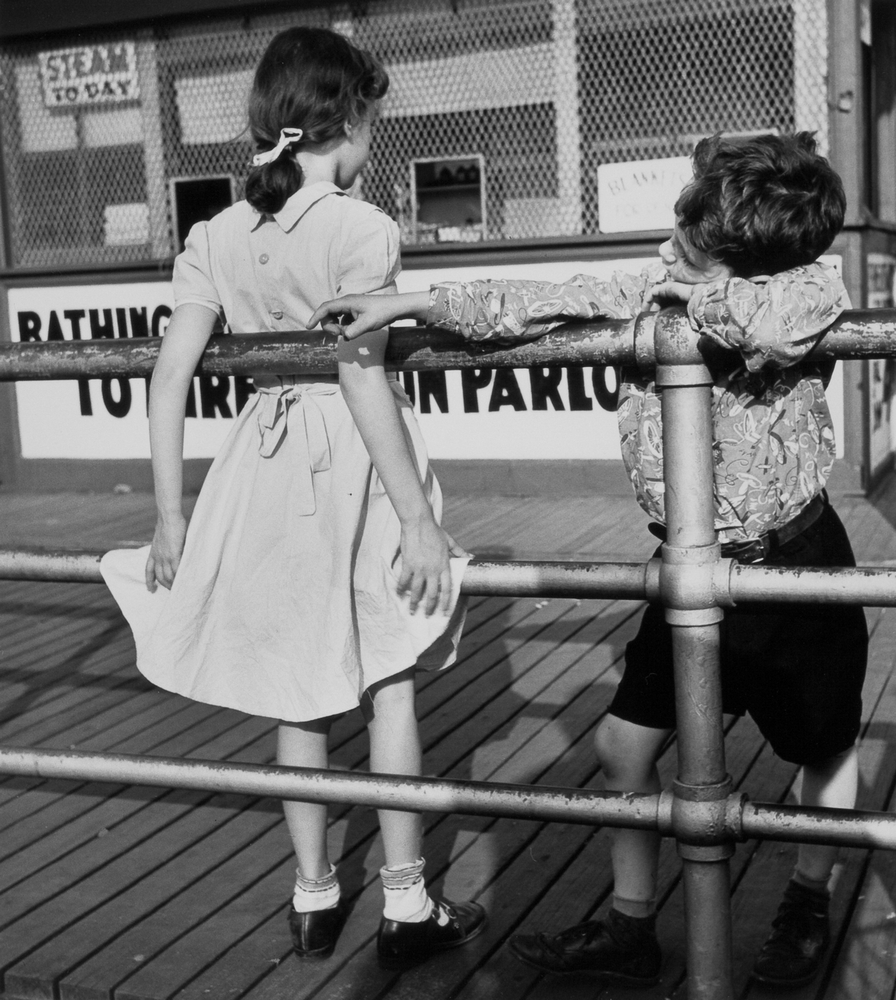 An 8 year project, starting in 2006 and ending in 2014, Twyford captures Elkort’s professional legacy while connecting with her father on a personal level with an eagerness to show her father the importance of what he had accomplished.

“Dad was a child of immigrants, practical people, poor people, and he tended to be somewhat self-deprecating about the value of his talents. He viewed the renaissance of his work with a detached sense of wonder, almost as if he didn’t quite believe it was happening,” writes Twyford.

As a young child, Elkort successfully sold a print to a local Baltimore newspaper covering a news story about a flood. At the age of fifteen in 1944, he was hospitalized with polio and recovered from the illness. His parent’s gifted him a single lens reflex camera, costing more than a week of his father’s wages. It encouraged his passion and he later acquires an assistant position with Herman Brehmer at the prestigious Wildenstein Art Gallery.

Elkort studied at Cooper Union School of Art and joined the New York Photo League, the center of American photography with members such as Aaron Siskind, Paul Strand, Sid Grossman and Weegee. After the Photo League was shut down due to the communism scare, Elkort focused on his career attempting to sell prints to The Museum of Modern Art. After receiving critical acclaim from numerous photography magazines, Edward Steichen, Curator of Photography at the MoMA, purchased three prints from Elkort. Once he married and started a family of his own, he moved to Los Angeles and worked in the advertisement industry.

The documentary, “Martin Elkort: An American Mirror” was screened at the Brown Auditorium Theater of The Museum of Fine Arts, Houston, in the spring of 2014.

You can view the documentary online by clicking here.

Martin Elkort recently released his new book, Children: Behind the Lens Street Photography Capturing the Essence of Childhood, containing a 69-page study of childhood features with 62 of Elkort’s black and white images of children. You can read more information and purchase the book by clicking here.