In 1962 Rachel Carson’s Silent Spring was published, the title referring to the silence of the birds due to DDT; this groundbreaking book led to the creation of the EPA.  In 2014 pesticides and loss of habitat are endangering our pollinators and our bird population again. This concern is the inspiration for this science-based work from 2014.

Disappearance: Another Silent Spring is a series of installation pieces; camera-less wet plate collodion tintypes, the plates represent shadows of the past. Flight inspired by the work of Etienne Jules Marey, depicts a pelican in flight. The symbol of Louisiana, the brown pelican, fights habitat loss due to the decimation of thousands of acres of coastal land for pipelines as well as the consequences from the oil spill. Clearing deals with the issues of habitat loss. In Disappearance I have created two bodies of work; wet plate tintype photograms of individual bees (displayed as one hundred, two by two inch plates and an equal number of live flowering plants) and mammoth plate tintype photograms (twenty inch by twenty inch plates) with large quantities of dead honeybees. The photogram silhouettes are shadows of bees that once lived, and the large plates show the enormity of the issue, Colony Collapse Disorder. The purpose is to create greater awareness of the problem.  Whenever possible, I work with local apiarists, having them speak on CCD and the importance of our pollinators. Ten percent of the sales are donated to these local apiarists.

CCD, which has been affecting hives since 2005, is devastating our pollinators. The causes are numerous including habitat loss, mites, and pesticides. 100% of the commercial almond crop in the U.S. is grown in California. The almonds are pollinated by mobile beehives, as are many crops. The loss of hives drives up the cost of pollination; this loss will have a decimating effect on our economy and our food supply. Other crops dependent on bees that could disappear are: apples, blueberries, cherries, avocados, cotton, oranges, grapefruit, cucumbers, etc… a nearly endless list.

You can thank the Apis mellifera, better known as the Western honeybee, for 1 in every 3 mouthfuls you'll eat today... As our farms become monocultures of commodity crops like wheat and corn — plants that provide little pollen for foraging bees — honeybees are literally starving to death. If we don't do something, there may not be enough honeybees to meet the pollination demands for valuable crops. But more than that, in a world where up to 100,000 species go extinct each year, the vanishing honeybee could be the herald of a permanently diminished planet."Time Magazine The Plight of the Honeybee

My intention is two-fold; by purchasing a tintype of an individual bee—which is priced inexpensively —anyone can actively participate in Disappearance, (by making the bees disappear during the course of the exhibition) bringing awareness to the problem, and also broadening the collector base for original art. With the larger plates depicting thousands of bees, the enormity of the problem is apparent. I hope we have not recreated the environmental concerns of Rachel Carson’s Silent Spring.

We stand now where two roads diverge. But unlike the roads in Robert Frost's familiar poem, they are not equally fair. The road we have long been traveling is deceptively easy, a smooth superhighway on which we progress with great speed, but at its end lies disaster. The other fork of the road — the one less traveled by — offers our last, our only chance to reach a destination that assures the preservation of the earth.

Disappearance: Another Silent Spring consists of multiple bodies of work, which may vary in installation size. They may be shown in their entirety or each individual work can be displayed alone. Disappearance small bee plates are an interactive installation of 100-400 bees. 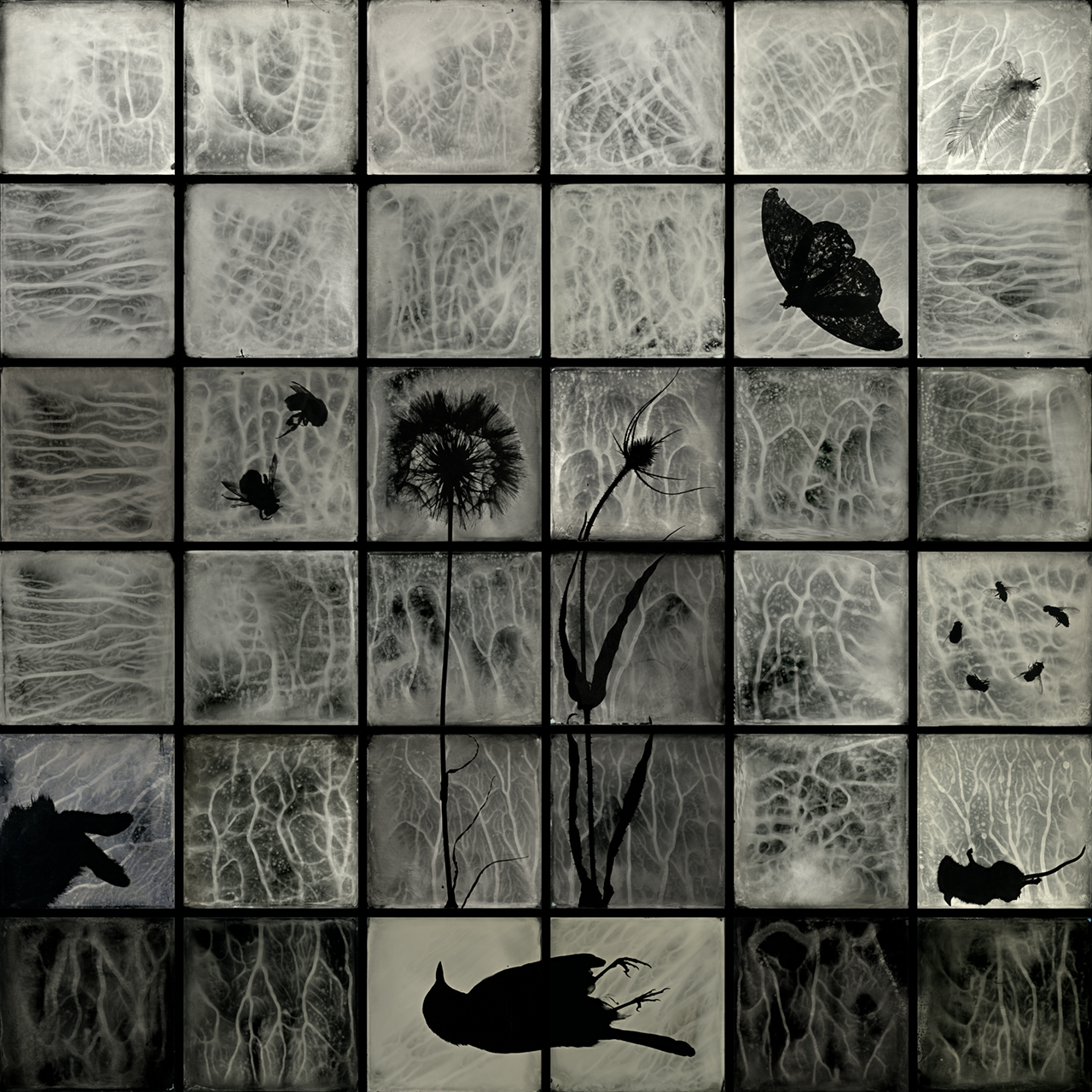