Kenna will be in attendance and we are hosting a book signing of his three latest tomes and even a few earlier books. Because of the huge popularity Michael Kenna enjoys, we are suggesting our collectors reserve copies of the books they wish to purchase in advance to ensure they receive the titles they wish to own.

We will be offering: 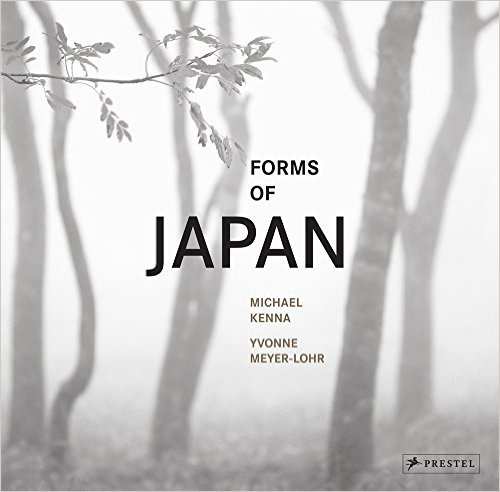 This beautiful book presents a meditative, arresting, and dazzling collection of 240 black and white images of Japan, made over almost 30 years by the internationally renowned photographer Michael Kenna.

A rocky coast along the sea of Japan; an immense plain of rice fields in the snow; Mount Fuji towering over misty wooded hills; silent temples devoid people but brimming with Buddhist deities; a Torii Gate myseriously emerging from moving clouds and water-- these are a few images from this remarkable collection of photographs by Michael Kenna.

FORMS OF JAPAN is designed by Yvonne Meyer-Lohr, organized into chapters titled, SEA, LAND, TREES, SPIRIT, and SKY. The quietly evocative photographs, often paired with classic haiku poems of Basho, Buson, Issa, and others, provide a contemplative portrait of a country better-known for its energy and industry. Gorgeously reproduced to convey the enormous subtleties that exist in Michael Kenna's traditional black and white silver gelatin prints, the photographs in this book include both well known and previously unreleased images from all corners of Japan: Hokkaido, Honhsu, Kyushu, Okinawa, and Shikoku. 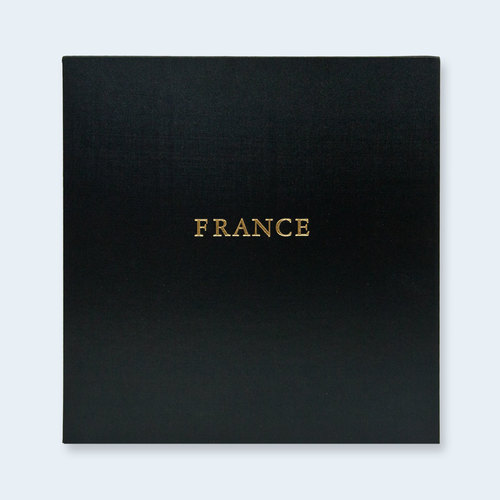 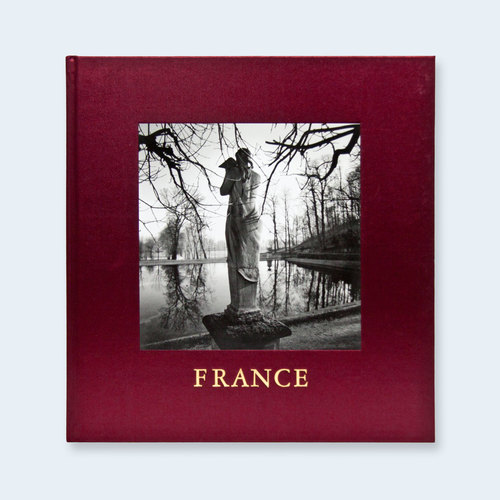 Kenna first visited France in 1973 and has been photographing there since the early 1980's. He has produced thousands of photographs on subjects such as Mont St. Michel, Le Notre's Gardens, the Calais Lace Factories, and Chateau Lafite Rothschild.  FRANCE encompasses work from these projects and many others.  Comprising 275 duotone plates, this gorgeous book was edited by the artist, who selected both well-known and previously unpublished material from his own archive.  It coincides with an exhibition of his Paris studies at Le Musee Carnavalet opening October 2014.

Casebound in burgendy-dyed silk cloth and housed in an elegant gold-stamped black slipcase. FRANCE is printed in duotone on matt art paper.  The book opens with an introduction in French and English by renowned historian and curator Jean-Claude Lemagny. 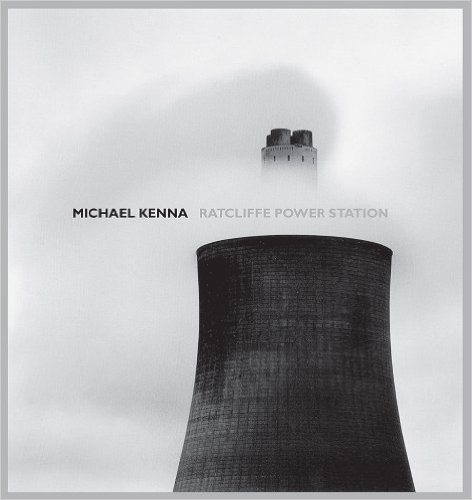 “Michael Kenna has, through his art, opened visual pathways that help redeem eco-damaged or industrially proscriptive landscapes. He is a poet armed with a camera who lyricizes light. He has added the power station at Ratcliffe-on-Soar to the continuously expanding geography of imagination.” – from the Introduction by Jeremy Reed.

Ratcliffe-on-Soar Power Station is located in Nottinghamshire, England. Michael Kenna first began photographing the power station in the early 1980s, and over the past several years he has visited the site many times, producing a body of work as ominous as it is beautiful. The Ratcliffe photographs take on the tonal quality of a partially lit ecosphere unique to the photographer and his subject. A brilliant manipulator of half-light, Kenna’s grainy, spatial topography epitomizes the gray skies of Northern England that were the ubiquitous backdrop to his childhood. Kenna’s Ratcliffe photographs create the impression of an atmospherically foggy day, registering the homeostasis of a mood that is a dominant characteristic of his work. Beautifully printed in duotone on matt art paper, Ratcliffe Power Station is published in a first edition of 3,000 copies. 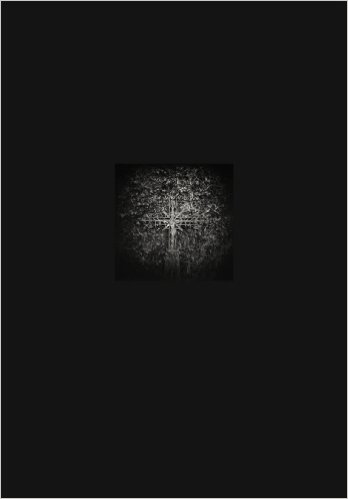 The small tidal island of Mont St Michel is

situated just off the Normandy coast, connected to the mainland by a single causeway. Its abbey rises like a mirage, high above the sea, on this craggy, rocky perch. It is a spectacular sight, and one that Kenna has been drawn to many times over the years. By day, the island is alive with cars, buses, people, noise. It can seem a garish place. But at night, it becomes as originally intended: a place for peace, prayer, and quiet contemplation. It is that gentler face of Mont St Michel that Kenna wanted to photograph and, after the crowds have gone home, he has been able to do so. Alone, he has climbed the bell tower, explored the crypts and chapels, and ambled along the silent lanes of the island. He has watched, totally undisturbed, as the light changed, shadows came and went, and clouds subtley floated this way and that. While his camera shutter was open for long, long exposures, Kenna cherished the silence. He sees these photographs as a personal record of this time of solitary exploration; it is a record we are privileged to share. Kenna has dedicated this book to his father and, in a deeply moving introduction, he describes the connection he feels between this solid, calm, inspirational place and his much-loved parent. 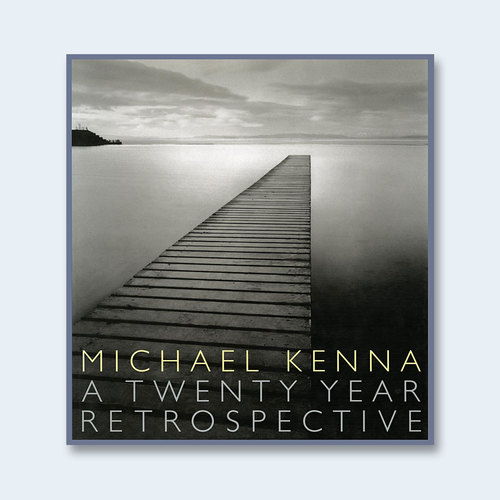 In association with its original Japanese publisher, Treville, we are pleased to announce a new printing of Michael Kenna: A Twenty Year Retrospective. The Nazraeli Press edition features a larger format than previous editions, with high fidelity tritones printed 1:1 from original prints. It will serve as a companion book to Kenna’s Volume Two, to be published by Nazraeli Press in 2004. Born in the industrial north of England, Michael Kenna has lived in San Francisco since 1980. His mysterious photographs, often made at dawn or in the dark hours of night, concentrate on the interaction between natural landscape and man-made structures. His work has been shown throughout the United States, Europe, Australia and Japan, and is in such permanent collections as The Bibliothèque Nationale, Paris; The Museum of Decorative Arts, Prague; The National Gallery of Art, Washington; and The Victoria and Albert Museum, London. In her foreword, Ruth Bernhard describes Kenna’s prints as “exquisitely seductive, spiritual experiences, akin to poetry and music.” An essay by Peter C. Bunnell considers Kenna’s background and development, providing a thoughtful introduction to the 130 images that represent the twenty-year period from 1974 to 1994.

Please call or email the gallery to purchase your copies and be sure to attend the opening on Saturday, January 16 from 5-7 p.m. to meet this seminal artist in person and experience his stunning work.